Traditional faculty development is devoted to securing research funds and learning rudimentary classroom skills.  Transformative change requires faculty to do those things in ways that better appreciate funding agency motives as well the learning needs of today’s students.  These both require deep shifts from traditional knowing and telling to the cultivation of curiosity, understanding, trust and courage, and these shifts require a deeper kind of development, less like traditional faculty development and more along the lines of the skill set a CEO or CTO works on with an executive or leadership coach. 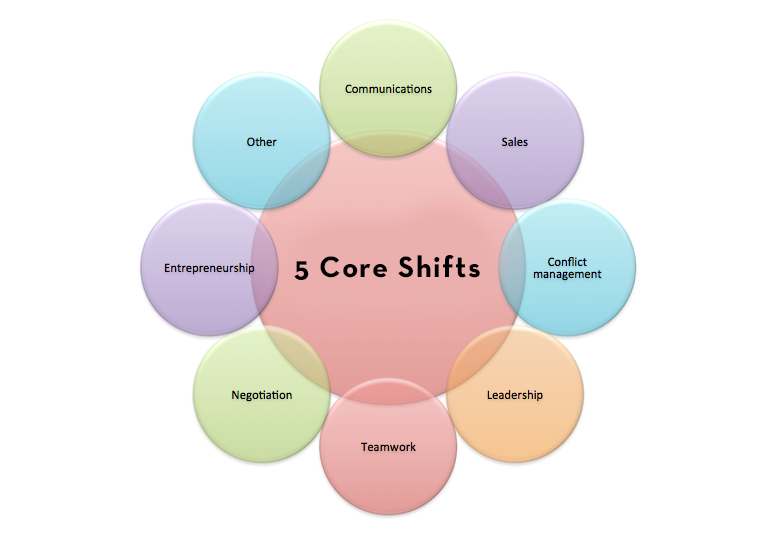 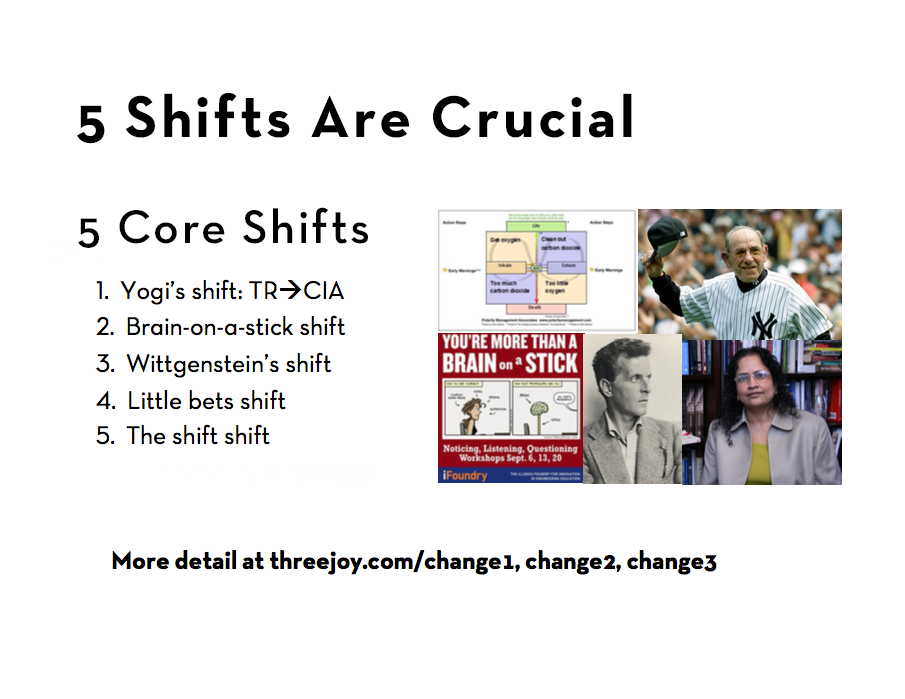 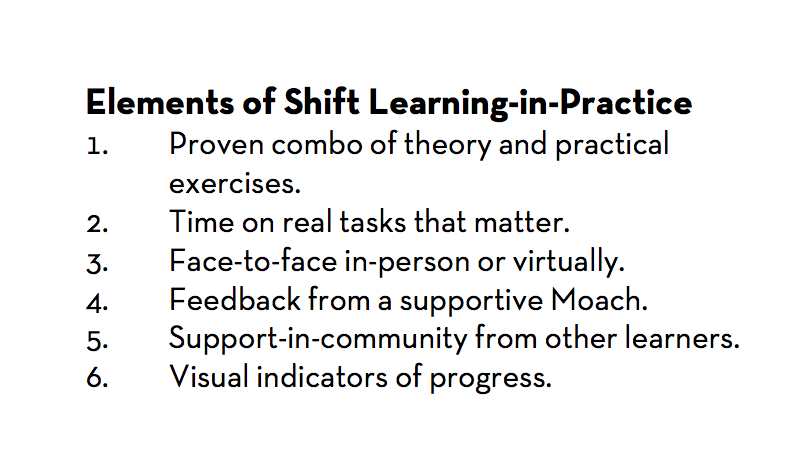 From “Soft” to “Shift” Skills as a Rigorous Basis Set

In linear algebra there is the notion of a basis set that spans a space in the sense that every point in the space may be reached as a linear combination of the basis set.  In practice, we talk loosely about the existence and importance of so-called “soft skills” without enumerating or conveying them with anything approaching rigor.

At ThreeJoy, we believe that professional practice is distinct from theory and science and is largely conversational in nature.  Borrowing from Donald Schoen’s timeless text, The Reflective Practitioner, we enumerate and propagate a set of rigorous shift skills that underlay professional practice.  In particular we identify the 5 core shift skills as follows as a set of shifts, where a shift is a small change to conventional practice that gives great power in bringing about substantive change.  The 5 shifts are as follows:

Each of these is briefly discussed in turn. 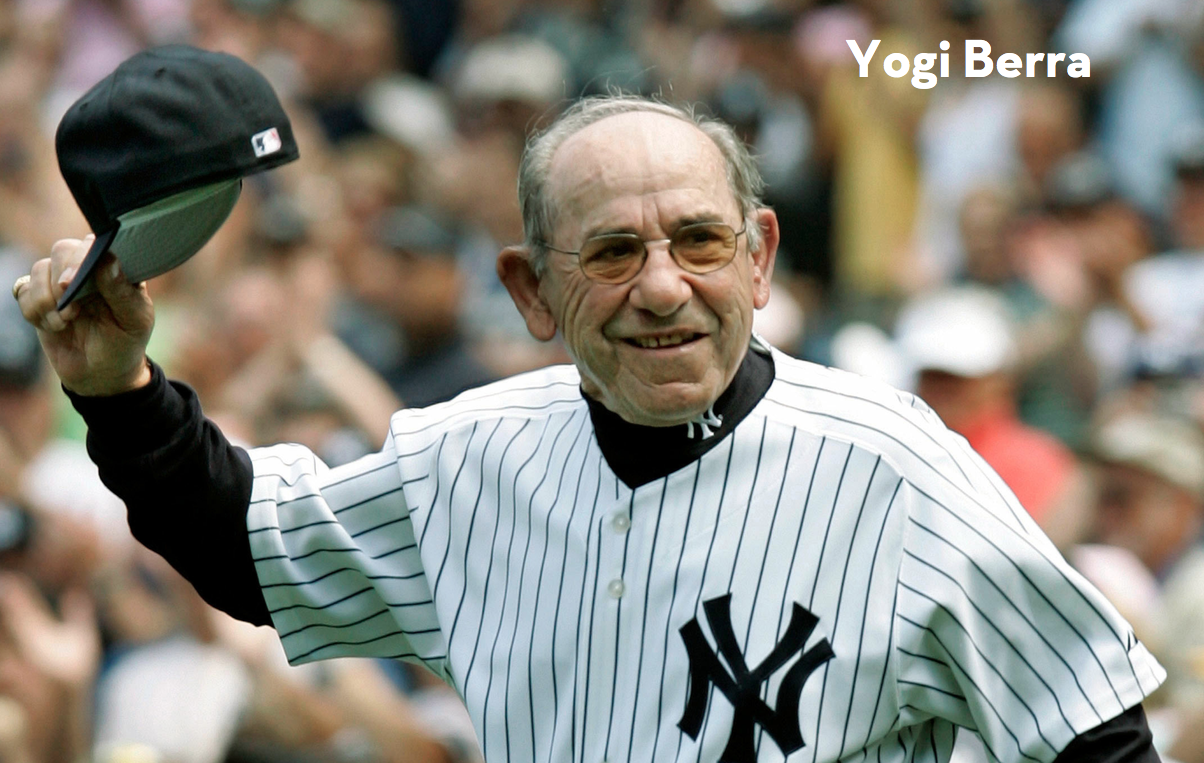 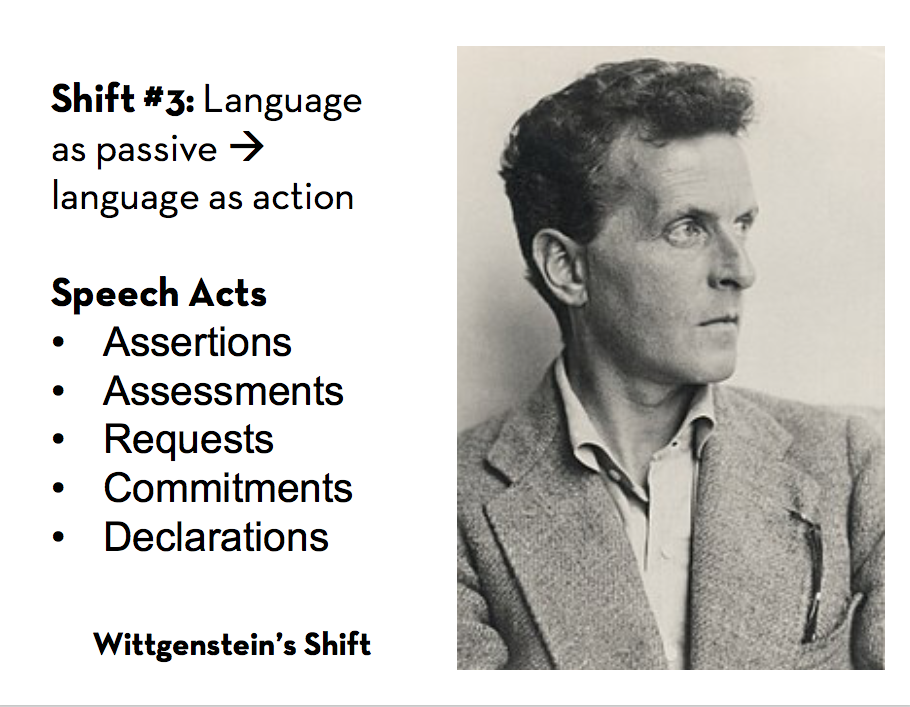 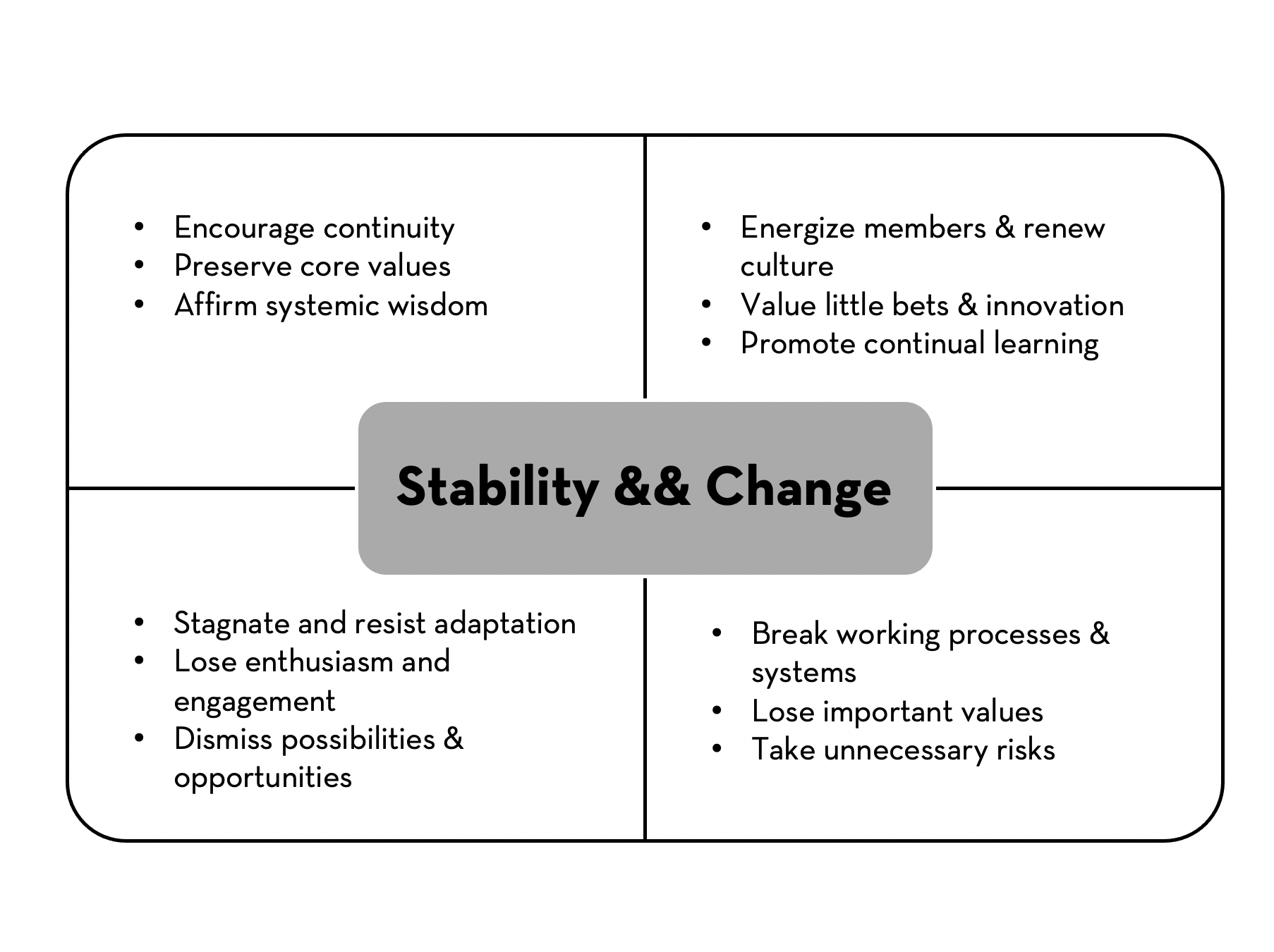 Yogi Berra once said, “In theory there is no difference between theory and practice.  In practice there is.”  This shift uses Schoen’s move from technical rationality (TR) as practice being the mere application of the theory to practice to practice being a complex of conversational skills (conversation-in-action) that allow practitioners to come up with good practice with their clients.

The common misconception of technical rationality as the royal road to practice has two parts technical theory and rationality.  Yogi’s shift addresses the first of these and the brain-on-a-stick shift addresses the second.  Human practitioners are human with feelings and bodies in addition to big brains.  The second shift acknowledges the importance of feelings and embodiment to good practice.

The philosopher (and aeronautical engineer) Ludwig Wittgenstein received a doctorate for taking a, then, conventional view of language as merely describing our thoughts and then spent the rest of his career arguing against that view by recognizing that language is itself a creative process and that what we now call speech acts can themselves change the world we live in.  3J takes language as a fundamentally important and creative part of practice using speech acts theory as a starting point for cultivating a respectful and sophisticated view of language in practice.

Conventional soft skills emphasize the role of causal certainty and planning in directing practical events in the world, and 3Joy practice shifts toward the importance of lack of knowledge, uncertainty, and experimentation.  Using Sarasvathy’s theory of effectuation (or what Sim’s calls little bets), we emphasize a systematic approach to entrepreneurial thought and action through small experiments that lead to clearer understanding in uncertain settings with limited knowledge.

Conventional soft skills emphasize solving a problem once and for all, but many complex problems are not solvable in that simple sense.  This complexity is recognized in Barry Johnson’s theory of polarities as opposites that need each other.  Which is better teamwork or individual work, research or teaching, direction or freedom? And emphasizing polarities gives practitioners an understanding of diversity and complexity different from the usual problem-solving vantage point.  Moreover, note that all of the shifts are themselves polarities, allowing shift skills trained practitioners to both respect conventional practices and integrate shifts in ways that give greater skill in all kinds of practice. 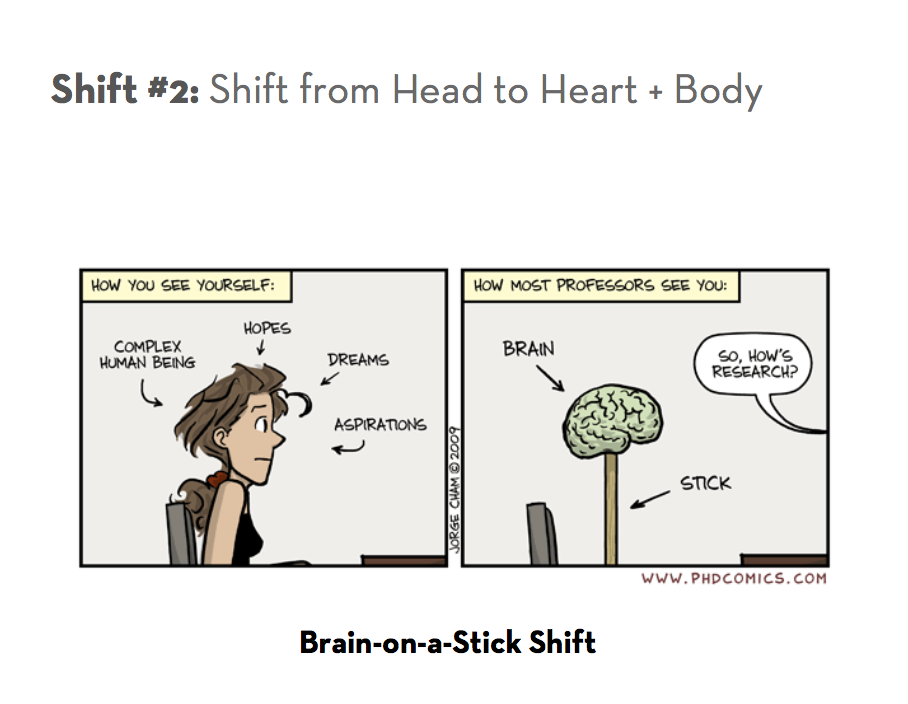 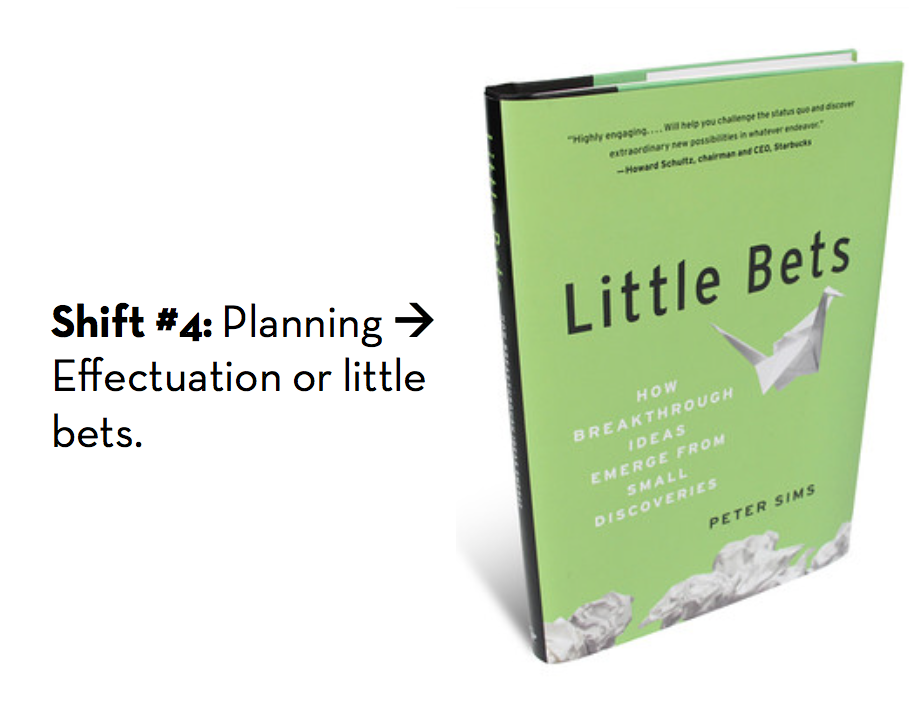 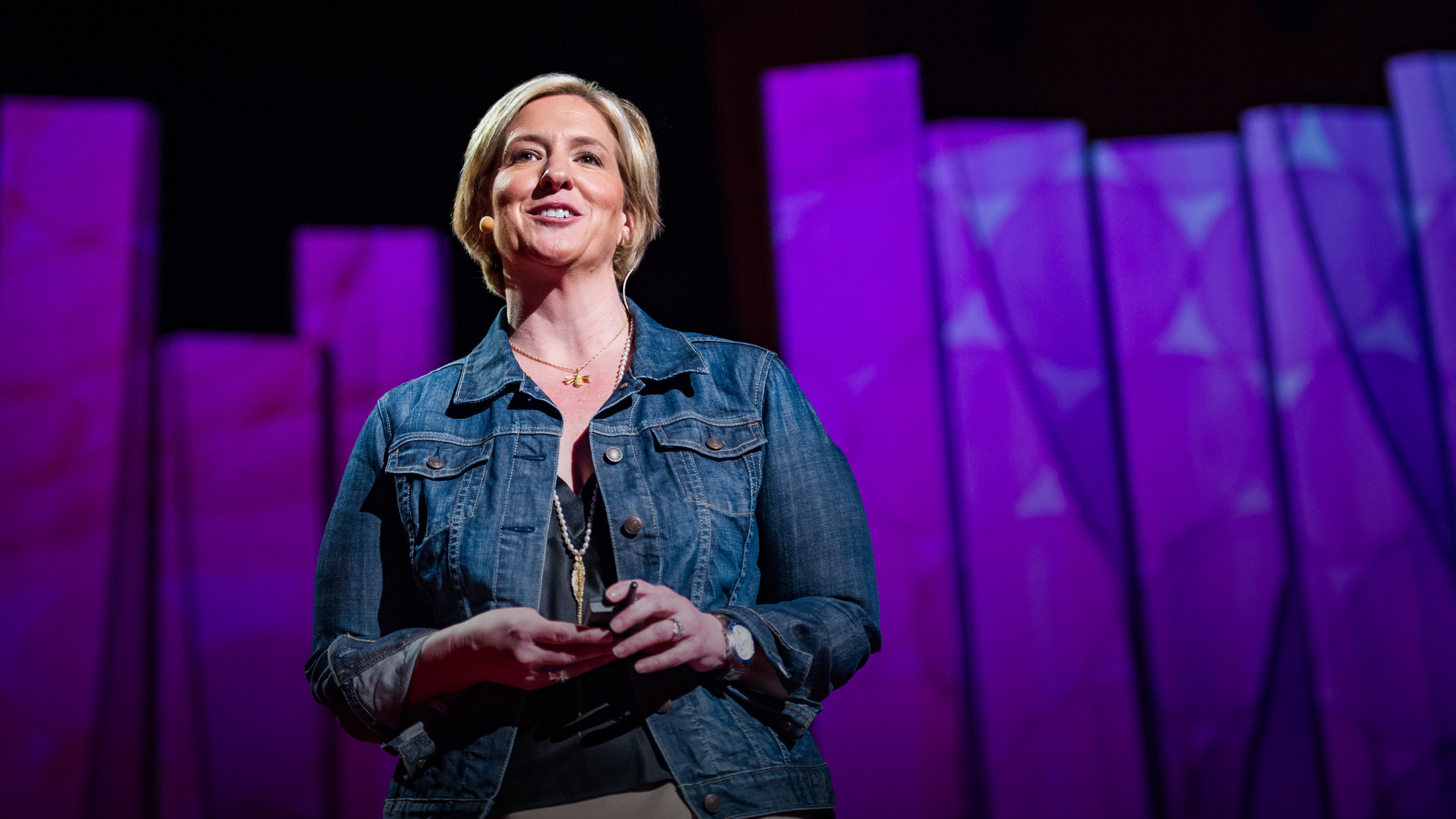 Shift skills training sessions are offered for faculty, staff, leadership, and students, separately or in combination.  Courses may be offered online using zoom sessions or in person as needs dictated.

Together these offerings can be helpful to students, faculty, leadership and can be stacked with other offerings such as the 3Joy Coaching Club, 4 Sprints Method, or one-on-one coaching.

For detailed offerings contact ThreeJoy here or call Dave Goldberg at 217-621-2645 or set up a meeting today at www.meetwithdavegoldberg.com.